The need to understand contemporary climate change – and the role of human activity in driving climate change – has an unintended side effect for historians: we are learning a lot about climate history. Earth scientists are scouring the globe for natural archives – like ice cores, tree rings, cave deposits, pollen, lake, and glacier data, etc. – to reconstruct the paleoclimate. The climate has always varied and changed, due to natural causes like changes in the orbital parameters of earth, solar variability, volcanic eruptions, and internal systemic variability. 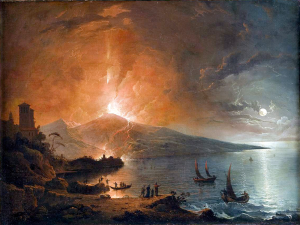 The climate is a huge force in the background of human social development, variously enabling and challenging civilizations. For ancient historians, the study of the paleoclimate offers genuinely new information and new insights about the relationship between humanity and the environment in past times. We are learning a lot about the Roman climate right now.

At Shifting Frontiers XII, a conference focused on the fifth century, I am presenting a paper overviewing what we know about the climate of the fifth century. The talk is focused on big scales. I argue that the fifth century was a period that lies between two, more sharply defined periods, the Roman Climate Optimum (200 BC-150 AD) and the Late Antique Little Ice Age (ca. 450 AD-700 AD). The fifth century saw gradual increases in insolation and light volcanic activity. There was gradual warming. The most important change may have been a phase shift from a predominantly positive mode of the North Atlantic Oscillation to a predominantly negative mode of the NAO, in the decades leading into the much colder period (which begins sharply in the 530s AD).

Below are pdfs of my text and my powerpoint presentation.

Powerpoint (I apologize that some of the images come out fuzzy)